Later, Rosemary became interested in the healing properties of gemstones. For a time she traveled selling quartz crystals to Psychics and Palmreaders across the country. From this experience she learned the art of wire maniputlation in jewelry making, the skills from which eventually became a large part of creating the structures for her costume art. The name EnRapturing ReVisions came to her during her time living in the desert. The artist reserved that name, the label for which she is now known, for her found object and costume art and used Enchanted Earth Designs for her jewelry line. 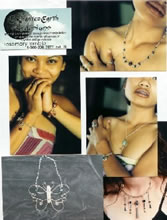 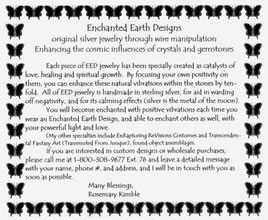 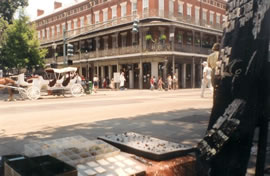 During her travels selling crystals and jewelry she visited New Orleans again. It was then that the seed for her future of working in Jackson Square was planted. In this photo she is selling her wares across the street from Jackson Square and the Pontalba Apartments, an area that has been off limits to artists for many years now.